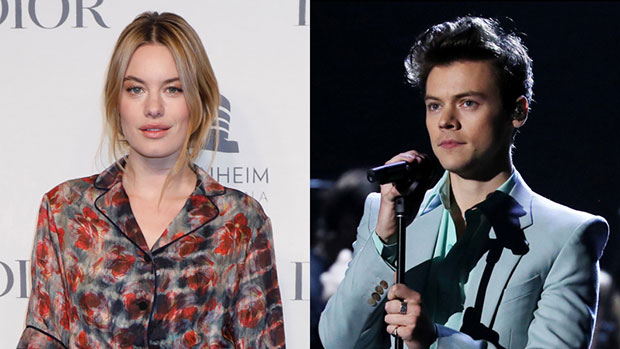 Express gratitude toward God Harry Styles dropped his new album so they can at long last get the subtleties on the sentimental life about which he’s so famously hidden — he actually ate cod semen on The Late Show with Kendall Jenner to abstain from discussing it. Be that as it may, on Fine Line, the vocalist’s second independent collection since the separation of One Direction, he’s prepared to open up.

At any rate, in a couple of the tunes. Probably the most close from the album incorporate “Cherry,” “Falling,” and “To Be So Lonely,” yet it’s “Cherry” that incorporates a genuine phone message from his real ex, Camille Rowe.

He and Rowe dated from 2017 to 2018, and keeping in mind that the vocalist recently prodded the phone message in “Cherry,” he never affirmed it was from Rowe herself.

‘When we listened back to the album, I asked her to add it in,” Styles told Zane Lowe of the voice message, including, “I wanted [‘Cherry’] to reflect how I felt then. I was feeling not great. It’s all about being not great. Because, you get petty when things don’t go the way you want it. There’s parts that’s so pathetic.”

Nonetheless, the way that the phone message is in French basically affirms that Rowe is the speaker being referred to, in addition to some different subtleties of the melody.

“I just miss your accent and your friends,” he warbles in a single section. “Does he take you walking ’round his parents’ gallery?”

He additionally appears to take a punch at Rowe’s conceivable new boyfriend, asking, “Does he take you walking ’round his parents’ gallery?”

While Rowe hasn’t been formally connected with anybody since Styles, it’s conceivable this verse is alluding to gallerist Theo Niarchos, whose father Philip Niarchos has one of the world’s biggest private workmanship assortments and opened the Renzo Piano-planned Stavros Niarchos Foundation Cultural Center in Athens in 2016. Niarchos has showed up in Rowe’s Instagram in the previous year.